Mizuki Shigeru, one of Japan’s well-known comic artists, lived in Chofu, Tokyo, for more than 50 years until his death in November 2015. As a result, there are many attractions related to his work GeGeGe no Kitaro in the city. Along the Tenjin-dori Shopping Street from the Keio Line Chofu Station to the Fudaten Shrine are statues of main characters from the title, such as Kitaro and Nezumiotoko (Ratman). And "Kitaro Square,” which came into being in 2019, has objects and playground equipment representing Yokai and other characters including Kitaro that appear in the works of Shigeru Mizuki. Furthermore, just outside the Jindaiji Temple is the Kitaro Cyaya, a building over five decades old and surrounded by beautiful trees. Inside its attractive Japanese period styling is a cafe and gift shop where GeGeGe no Kitaro-related goods can be purchased, and a "Yokai Gallery" featuring drawings of yokai (spirit monster) by Master Mizuki. In May 2019, Chofu City built a park named “Kitaro Hiroba” (GeGeGe no Kitaro Plaza), which features a statue of Kitaro, a rock climbing wall in the form of “Nurikabe,” a spectre character in the anime series, benches in the shape of “Ittanmomen,” another spectre, a slide of Kitaro’s family house, and other equipment and objects. 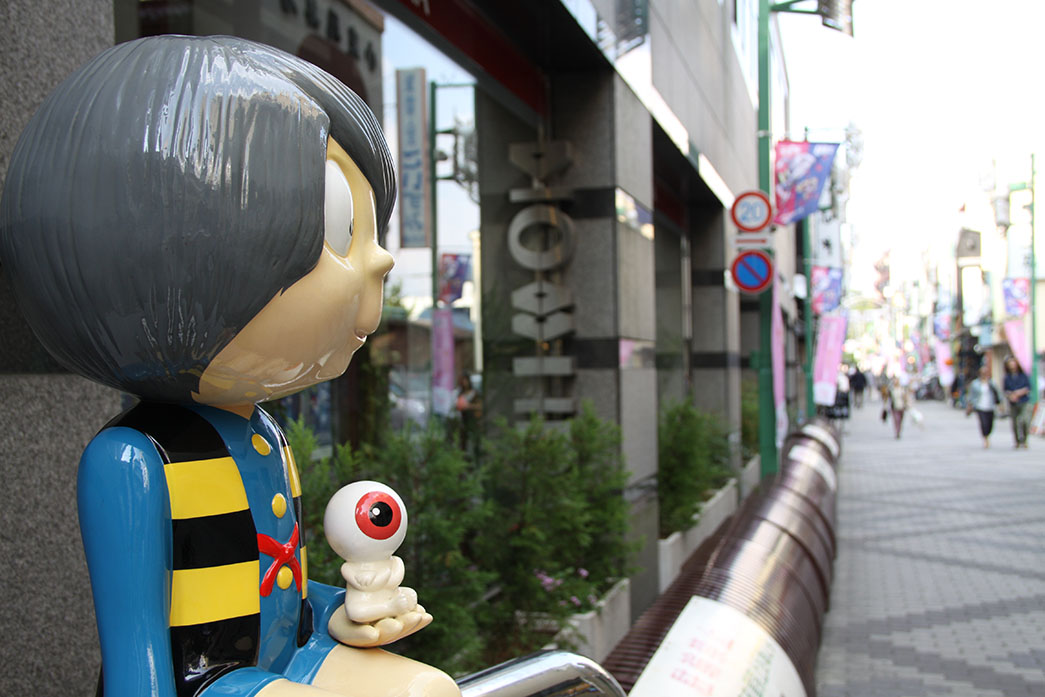 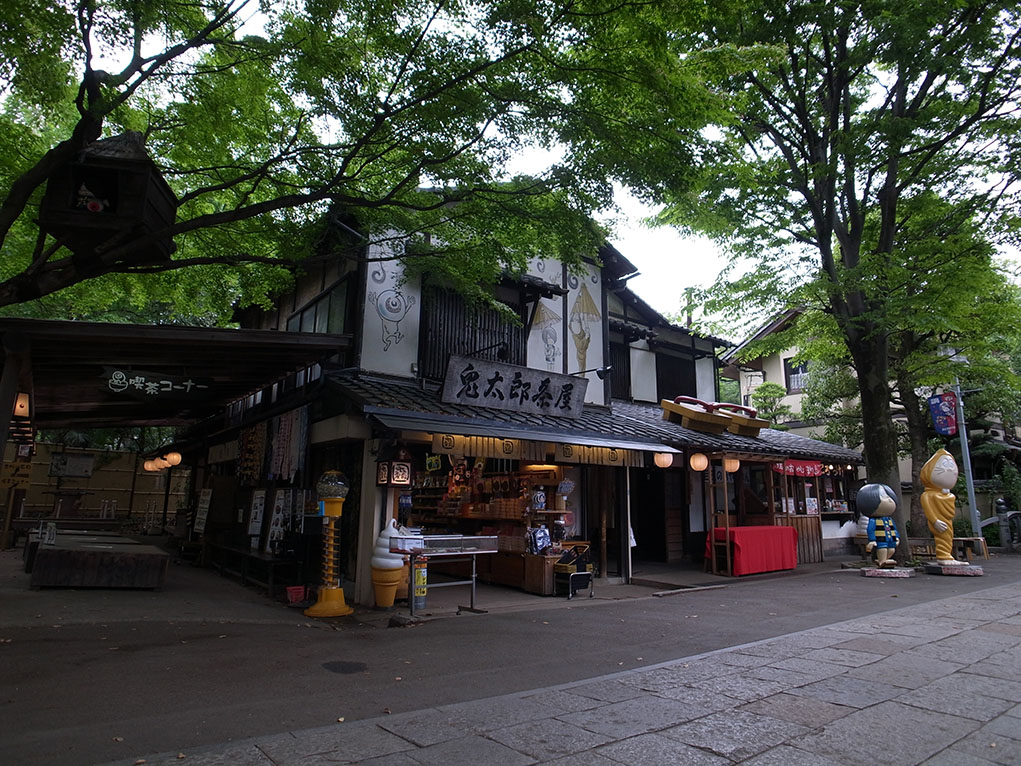 Featured Destinations Near This Site

Chofu is a town located about 20km(13 miles) west of central Tokyo. There stands the “Jindaiji,” a Buddhist temple believed to have been built in 733CE. (The photo shows the pilgrims’ entry way into the temple). Today, the temple is where many people gather to calm down and relax, and so is the adjacent Tokyo Metropolitan Jindai Botanical Garden. The temple’s main deity, “the bronze statue of Gautama Buddha” (also known as “Hakuho Butsu”), was designated as a national treasure in 2017. The temple houses many other precious treasures as well. The area around the temple is known for its “soba” (buckwheat) noodles, a gourmet item cherished by many since the Edo Shogunate years (1603 to 1868). 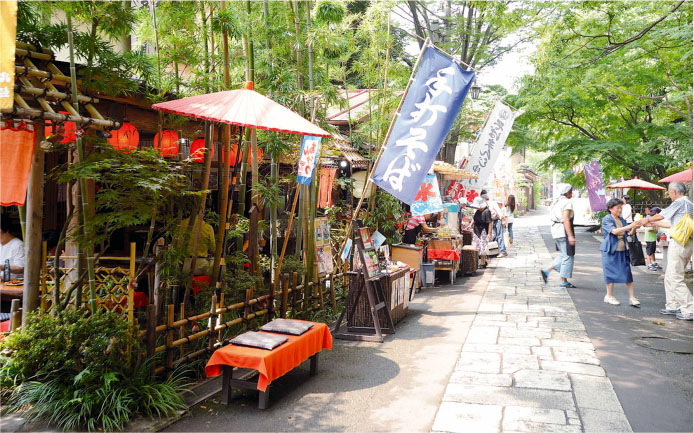