A theme park of Sanrio characters represented by Hello Kitty, where there are many kinds of amusement rides such as “Kitty Castle”, the house in which Hello Kitty lives, and the large Ferris wheel “Wonder Panorama”, with cars that are in the designs of 18 popular characters. Together with live shows, families can have much fun here. In the restaurants, you can also enjoy the cute, specially-prepared dishes inspired by Sanrio characters. 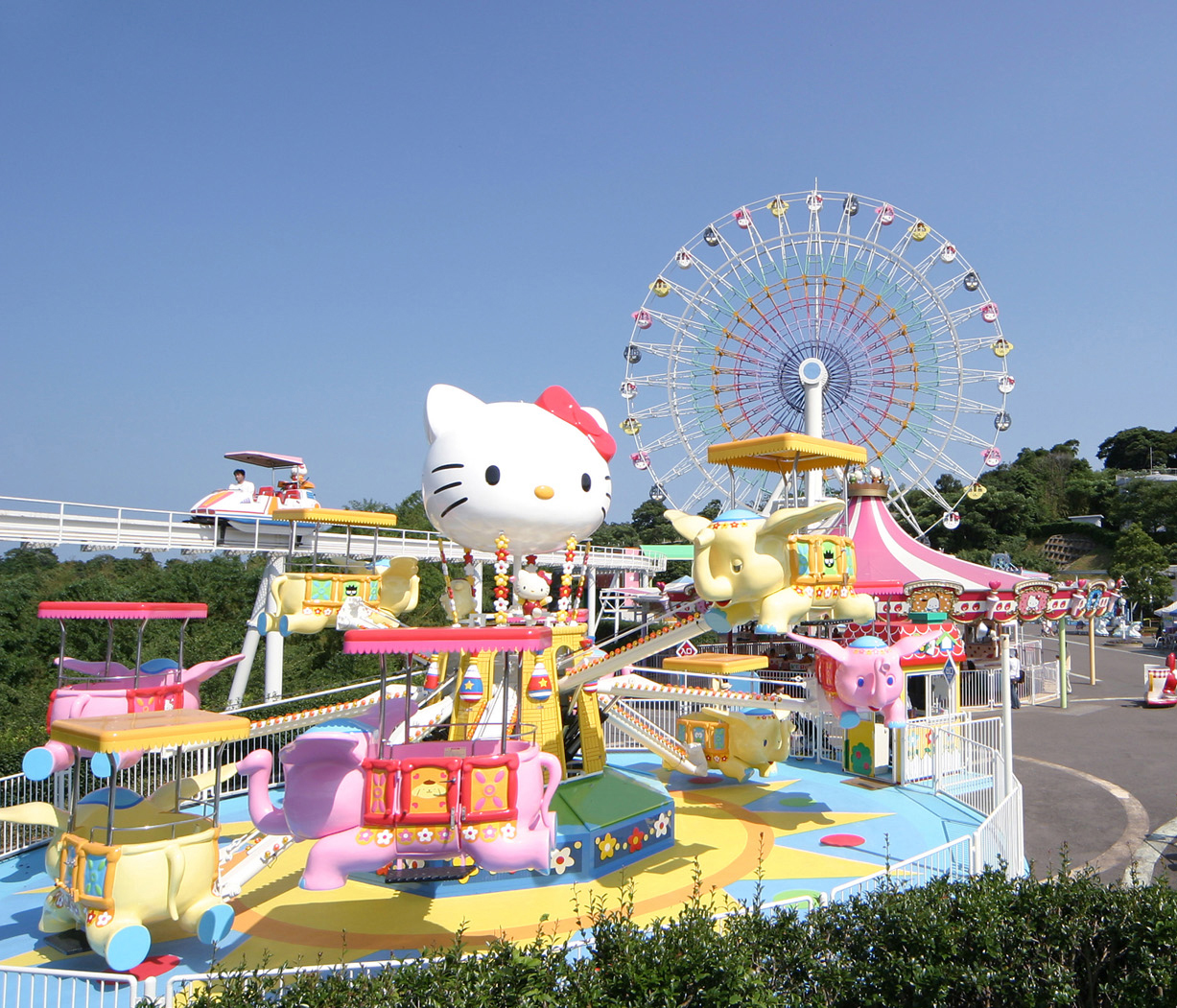 The scenic town of Hiji in the Hayami District of Oita Prefecture offers excellent views of Beppu Bay. It is also known as the home of many historic sites, such as the Hiji Castle, once owned by Kinoshita of the Hijihan Domain, a member of the Toyotomi Clan that remained on Kyushu Island. Though the castle was demolished in the Meiji period, at the Hiji Castle ruins (as pictured) you can still find the kimon yagura, the tenshu tower, castle walls, and moat. Situated on the shores of Beppu Bay, a fertile fishing ground, its local cuisine is the shiroshita karei flounder. It is said that in the Edo period, the shiroshita karei was presented to shogun lords as luxurious gifts at sankin-kotai, a periodic rotation of residences between Edo (the capital of ancient Japan) and the lord's fiefdom. 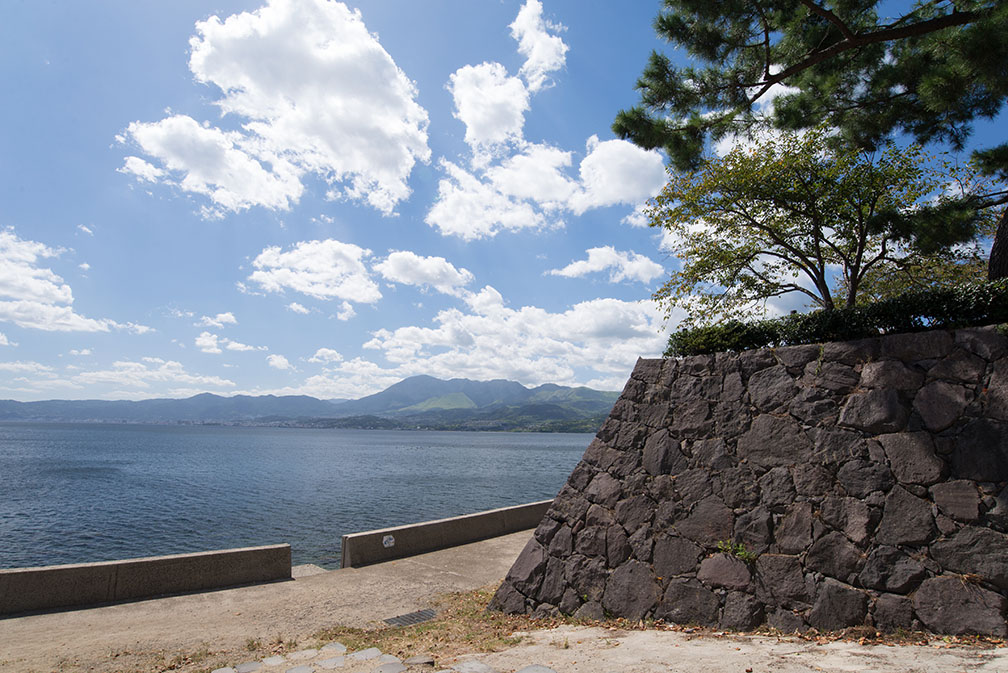