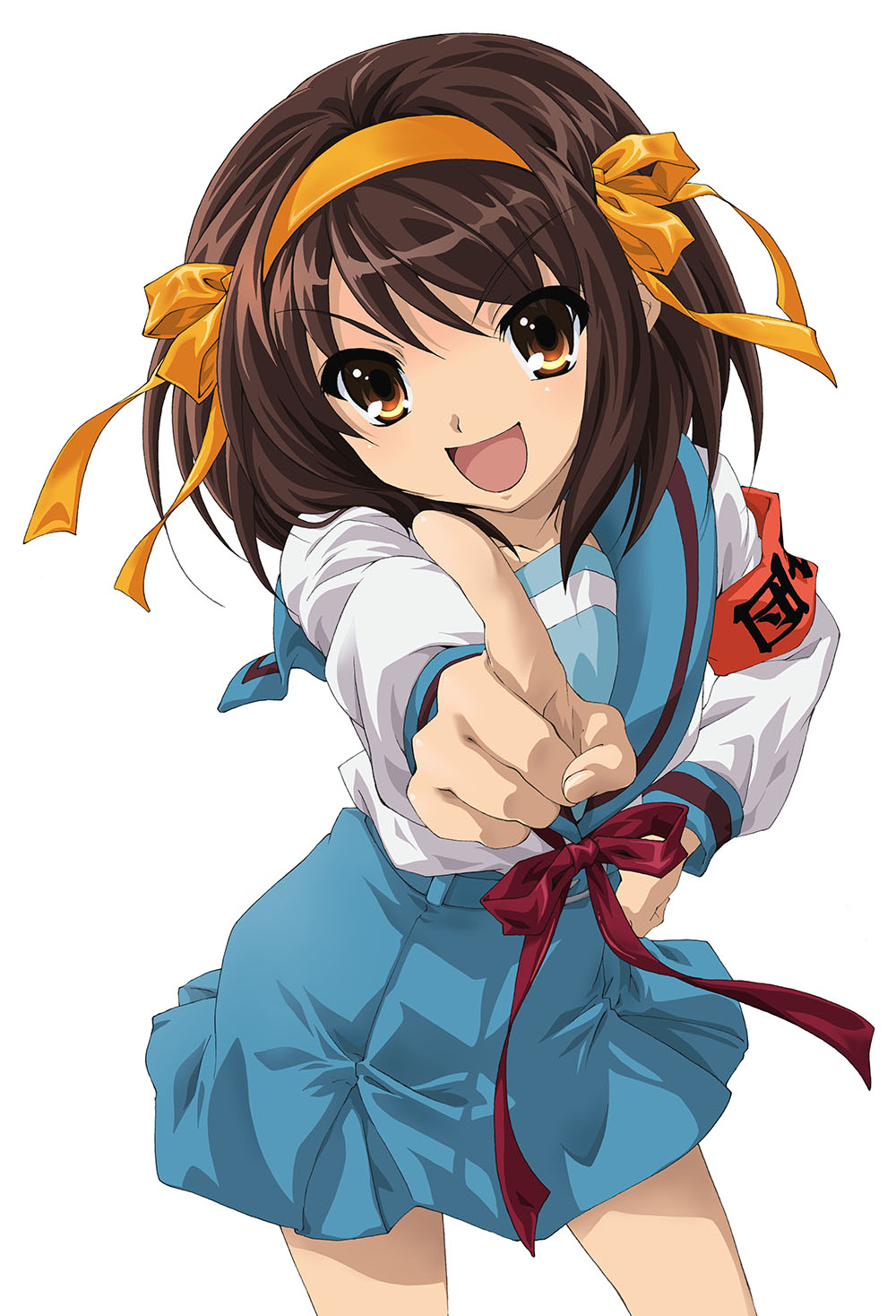 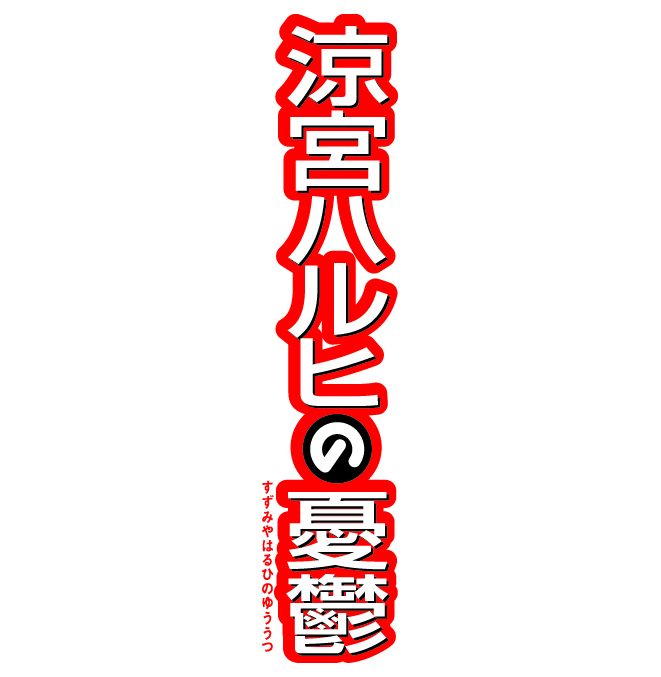 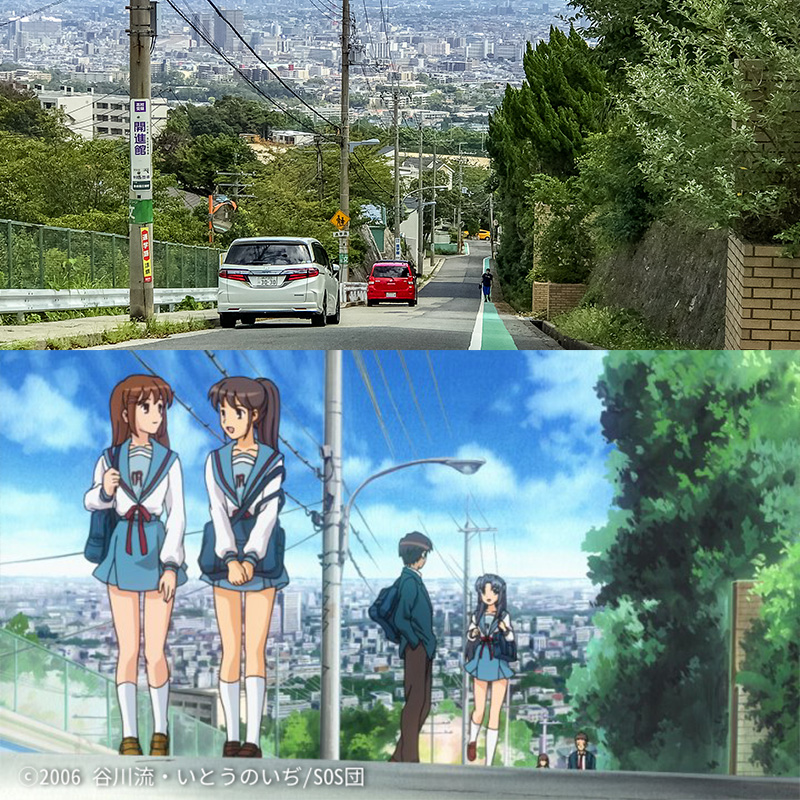 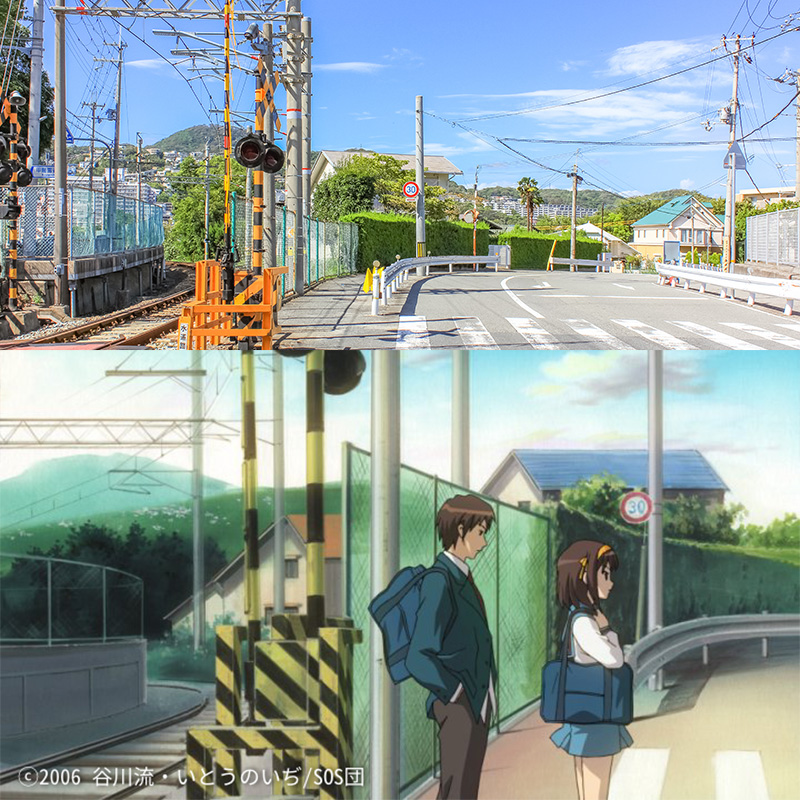 ・Nishikita Park (Nishinomiya north exit, Northwest ports): The meeting point where the member of SOS Brigade hook up! You might be familiar with this spot since it appeared many times in the Anime like when they strolled around the city in Episode3. We will also meet here just like Haruhi and start our tour!

・Coffee-ya Dream: The original spot of the cafe that the member of SOS Brigade used to gather. It has relocated and renovated itself so it looks slightly different from the anime, but there are still a lot of fans so you will feel the vibe!

・Shukugawa Station: You will take the train to go to the high school Haruhi attends to. The station and train are the same as the ones in the Anime!

・Around Koyoen Station: There are a lot of must-see spots in Koyoen such as the apartment of Nagato, the railroad crossing where Haruhi monologized, Kyon’s school road.

・Kitayama Botanical Garden: It didn’t appear in the Anime, but it is a worth seeing spot where you can take a look over the greenery of this area and those derived from outside Japan for free.

Detailed Information about this Anime-Spot